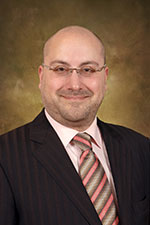 Giuseppe (Joe) Ortona’s childhood and teenage education years are rooted in the schools he now serves as the chair of the English Montreal School Board (EMSB). Born and raised in St. Leonard, he attended Nesbitt Elementary School (’93) and then completed secondary school at Vincent Massey Collegiate in 1998. His other, earlier connection to the EMSB was his job as vocational training technician, a position he held for 12 years in part-time and full-time capacities while pursuing his studies.

Xổ số hai điểmAlong Mr. Ortona’s educational path was the three-year police technology program at John Abbott College in Ste. Anne de Bellevue, where he graduated in 2002. But then, instead of proceeding on to the police academy, he turned his attention to criminology, which he studied for several years at the Université de Montréal before deciding on the career change that would steer him into his current profession: law.

Mr. Ortona graduated in Civil Law, followed by Common Law, and earned his Juris Doctor from the University of Ottawa. He passed the bar in 2011 and has been working as a lawyer since.

Xổ số hai điểmMr. Ortona’s professional experience includes working for the City of Montreal as a prosecutor, a position he held for five years after articling. He now works as a criminal defense attorney in his own independent legal firm.

Mr. Ortona started his governance role with the EMSB in 2014, when he ran for election as school board commissioner for Rivière-des-Prairies (RDP) and won. He held that position for six years, and in 2018 became vice-chair.

As a Board representative, Mr. Ortona has been involved in legislative matters over the years, particularly in the matter of school board governance. He has strongly advocated against Quebec’s Bill 40 (“An Act to amend mainly the Education Act with regard to school organization and governance”) and Quebec’s Bill 21 (“An Act respecting the laicity of the State”), which bans religious symbols. In 2016, he joined in a presentation to the parliamentary commission at the National Assembly to successfully counter Bill 86, an “Act to modify the organization and governance of school boards.”

Nov 13, 2020
Message to members of the Rivière-des-Prairies community
Read More